The landscape of Rödjord, or the North, is criss-crossed by innumerable mountain ridges and valleys, and the Skold Mountains are no exception. Numerous petty kings, lords, and clans have found refuge among them. However, in the course of history, none have been able to survive for more than a few generations in the shadow of the great kingdoms or due to their own internal struggles.  The only known exception are the tribes of the Skold Mountains. These barbarians are just as fragmented as the North itself, but have a remarkable quality: the mutual respect they have for one another. They do not conspire against other tribes and never stab each other in the back. If some dispute should arise, it is settled face to face, most commonly on the field of battle. Very often each clan chooses a distinguished warrior and these champions fight each other.

The stronger kingdoms and noble houses have frequently tried to bribe or subject the clans, but the tribes more than once united against the invaders. Making good use of the advantages offered by the mountainous, forested and swampy terrain they know inside out, they have nearly always managed to resist the Demeranese, Kawengardian or Skolmuner armies. As a result, legends attribute superhuman strength or some kind of mystical knowledge to the barbarian peoples of the Skold Mountains. However, all Northern rulers agree that it is unwise to stir up enmity with these fierce mountain tribes, unless absolutely necessary. 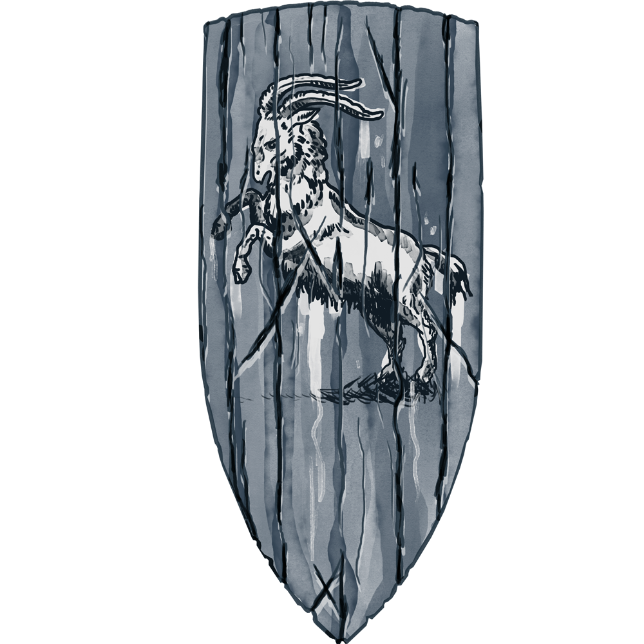